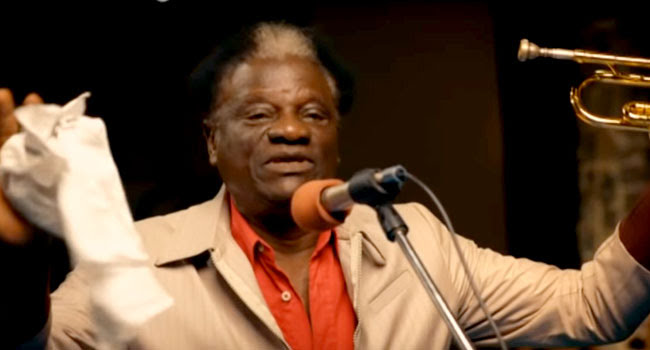 It was reported that the Veteran Highlife Legend and Trumpeterer  passed on at 12 noon on Wednesday, 12 February 2020 at Lagos University Teaching Hospital (LUTH).

His death was confirmed by Bimbo Esho - The Managing Director of the Evergreen Music Company Limited. She released a statement that read in part

The entire music world wish to announce the death of a legend of highlife music– one of the last man standing, the last of the originals, Dr Victor Olaiya, OON.

This untimely incident happened at LUTH at exactly 12noon on Wednesday, February 12, 2020.

We pray that the doyen of highlife music finds repose with the creator while wishing the family and entire music community the fortitude to bear this irreplaceable loss.

The Highlife legend was loved by many and was known for many hit songs and albums such as ‘Baby Jowo’, ‘Feso J’aiye’, ‘Ilu Le O’ and ‘Taxi Driver’. My personal favorite is Baby Jowo(Baby Mi Da) which he remixed with 2Face Idibia in July 2013. I still remember him saying in an interview that he just did it as a mark for his type of music as he was one of the last of his mates.

The icon was born on December 31, 1930, in Calabar, Cross River. May his soul rest in peace. I added an attachment of "Baby Jowo", the last of his sound. Listen to it, appreciate it and let his music leave on